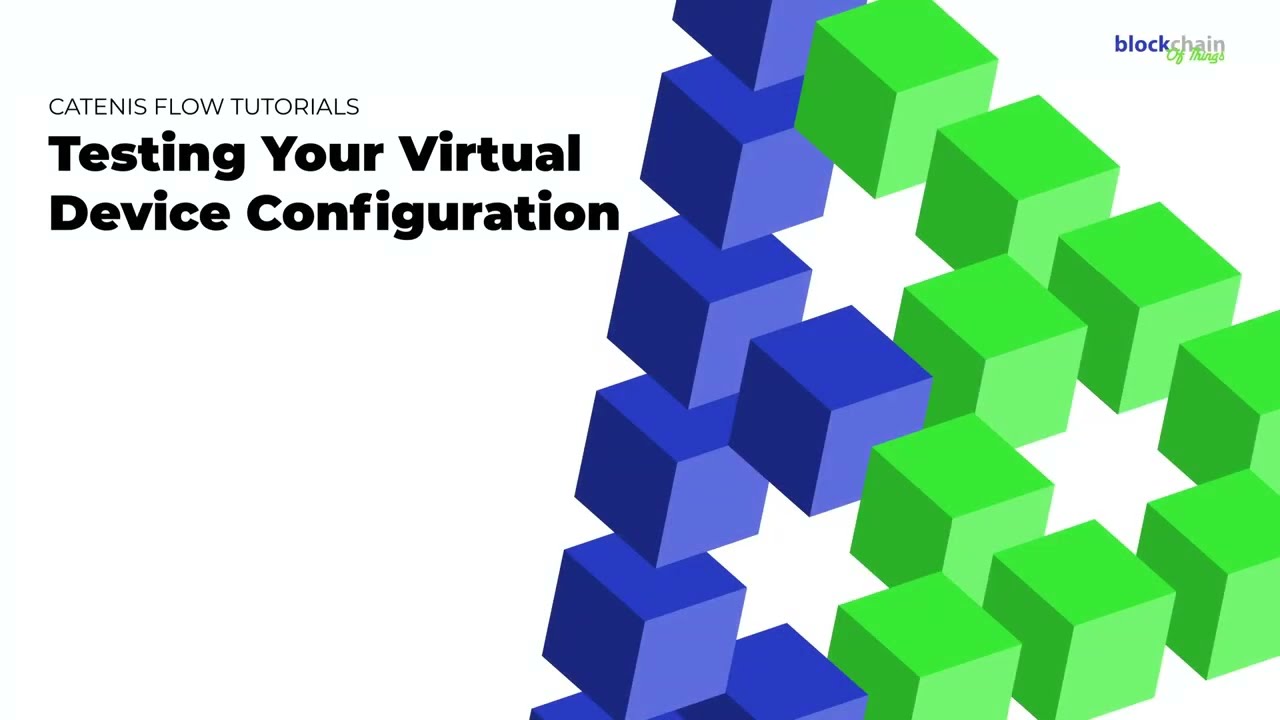 In this quick tutorial, we will cover “Testing Your Virtual Device Configuration”. After you have installed Catenis Flow on Node-RED and configured your first virtual device, you should test that you properly configured connectivity by logging a message into a Bitcoin transaction on the blockchain. If you are using a Development Plan, this message will be logged to Bitcoin’s TestNet and can be easily verified using a block explorer.

In this video we will cover:

Thank you for watching Testing Your Virtual Device Configuration in the Catenis Flow tutorial series. Watch the next video, Deleting a Virtual Device from Node-RED, to further expand your knowledge.

Join our community forum for the quickest response time to all your questions and concerns. This forum is our customer support. https://forum.blockchainofthings.com/

Hi, this is Clara for Blockchain of Things.

Today, we will log a message into a bitcoin
transaction on the blockchain,

in order to test that you properly configured
connectivity to the Catenis APIs.

To continue with this tutorial, you must have first installed
the Catenis Flow palette into Node-RED.

Which you can learn to do by watching the video at this link:

And you must have configured a Configuration Node in Node-RED. Which you can learn to do at this link:

Find the Inject Node and drag it into your workspace.

Then add a Debug Node to your workspace.

The gray boxes on the left and right side of nodes are called “NodePorts”.

Dragging to the destination node and releasing the mouse button.

Now, let’s wire the nodes together so
each node knows where to take input

and where to send output.

Now, let’s configure each node so we can test logging a message on the blockchain.

First, we are going to enter a payload message for the
Inject Node. Which it will inject into a Connected Node.

Double-click the Inject Node to bring up the properties panel for this node.

Click on the drop-down menu next to the payload property,
which should be set to timestamp by default

and change it to string.

This enables the node to inject the text you enter into the data field.

Now, type in a message up to 75 characters long that
you want to log to the blockchain and click done.

Note, that the Catenis platform can log data
of any size to the Bitcoin Blockchain.

We will cover the additional steps needed to log data
longer than 75 characters in a later tutorial.

Next, we will set up the Log Message Node and assign it to the Virtual Device that you created in the previous tutorial.

Note, that whenever we add a
Catenis Flow Node on the workspace,

it is required to assign a Virtual Device that you have
previously configured to the node,

so that it can authenticate with the Catenis platform.

To do this, double-click on the Log Message Node.

and assign the device you created in the previous tutorial.

Uncheck the encrypt checkbox, so we can see the message
directly on the blockchain using a block explorer.

Uncheck the off-chain message so a
bitcoin transaction is created in real-time for testing.

Note that when building an application, you
should always use off-chain messages.

This is because standard messages incur higher fees,

Now, we can test if your flow successfully
logs your message to the blockchain.

To do this we must deploy the flow and then
inject the message using the Log Message Node.

You should see a pop-up notifying you the flow
was successfully deployed.

and through the flow.

If successful, the message ID will print to
the Debug Sidebar on the right.

The message you just logged can now be retrieved from the blockchain.

into the Retrieve Container Node.

This Retrieve Container Node will return the bitcoin transaction ID and the location of the content of this message if successful.

Now, add another Inject Node into your workspace.

Add a Retrieve Message Container Node and another Debug Node as well.

Double-click the Inject Node and change the properties field to string.

Then enter the message ID that was returned when you logged the message.

Wire the Inject Node to the Retrieve Message Container Node.

Then wire the Retrieve Message Container
Node to the Debug Node.

Now click the button on the left of the Inject Node to send the message payload to Catenis and the bitcoin transaction.

You should see a JSON object output on the Debug Sidebar with the blockchain object containing name-value pairs.

which is labeled TX ID as well as the “is confirmed” variable.

TX ID is the bitcoin transaction ID and the location of where the logged message is stored on the Bitcoin Blockchain.

Now, we can verify that the bitcoin transaction has been successfully logged on the Bitcoin Blockchain TestNet

by using a TestNet block explorer.

For this tutorial, we will use the Bitaps TestNet
block explorer located at tbtc.bitaps.com

However, you can use any TestNet block explorer that
displays the full bitcoin transaction metadata

including the OP_Return field.

Enter your bitcoin transaction ID in the search field
and press the enter button on your keyboard.

If you’re using a different TestNet block explorer, look for the OP_Return field.

If you’ve successfully completed this tutorial, you’ll see your message prepended by the letters CTN.

because Catenis appends all messages
logged to the blockchain with its prefix.

With just these first few tutorials and with zero lines of code,

you can begin building applications that log
data directly to the Bitcoin Blockchain!

In our next tutorial, you’ll learn how to delete a Virtual Device from Node-RED by removing the Device’s Configuration Node. 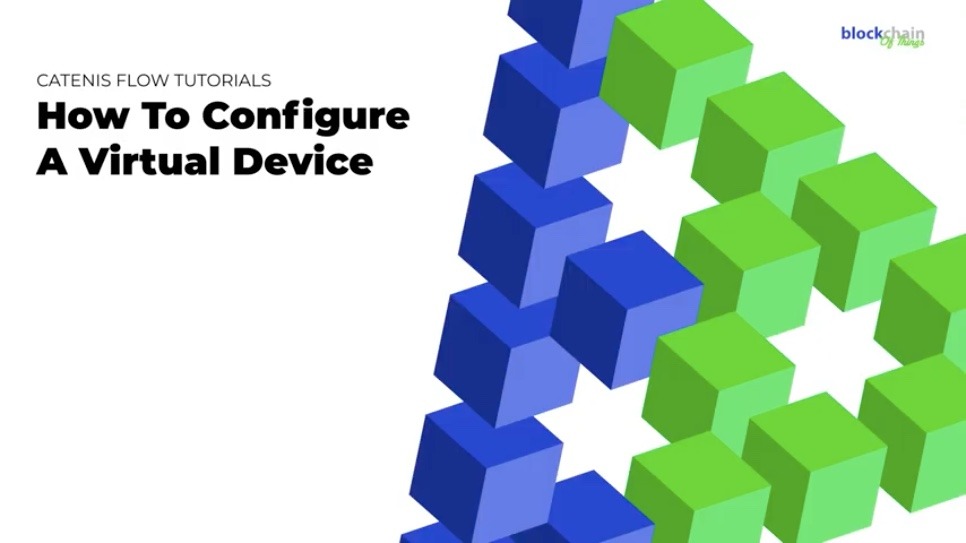 Length: 4:07
How to Configure a Virtual Device 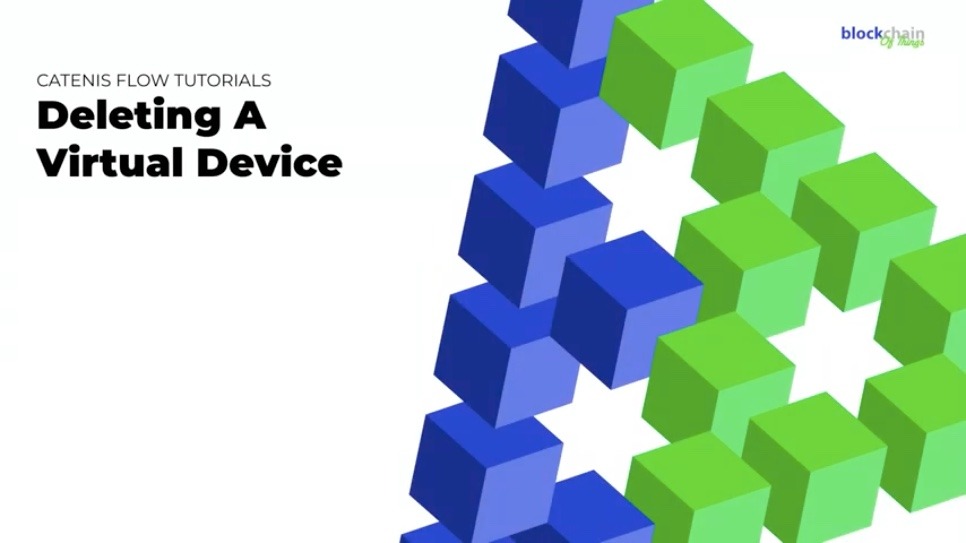